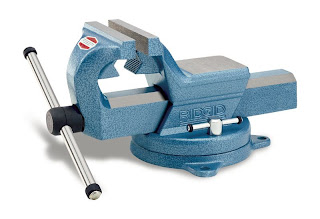 Something is heavy on my heart at the moment. I received a comment on the blog I wrote about my dad. It was sent to my email. It was very encouraging but there was also a comment that has stuck in my head....."everyone has their vices but they don't always make you a bad person". I am assuming this person was referring to my dad's alcoholism. While I was very grateful for the encouragement, I also felt the need to say that while I agreed with that statement, I feel that "certain vices can get in the way of relationships".

Then I started thinking of all the vices around us...alcohol, drugs, tobacco, pornography, food, and I am sure you can even think of more. I was wondering if we could have healthy vices, so I decided to look up vices on dictionary.com and according to their site vices are:

An evil, degrading, or immoral practice or habit.
A serious moral failing.
Wicked or evil conduct or habits; corruption.
A slight personal failing; a foible: the vice of untidiness.
A flaw or imperfection; a defect.
Vice A character representing generalized or particular vice in English morality plays.
A jester or buffoon.
Sexual immorality, especially prostitution
An undesirable habit

Wow, that gives me a lot to consider in my own life...what kind of vices do I hold onto. I strongly believe that vices can affect relationships. I agree that vices don't make you a bad person...but it is obvious that certain vices are very unhealthy for you (and can greatly affect those who love and care about you). It depends on the vice and the relationship involved, but none the less, I am sure all of the above definitions have the power and ability to affect more than just the person using/doing the vice. It seems to me that vices have the ability to have a lot of power. A vice allows you NOT to deal directly with whatever it is that brought you to the vice in the first place. Vices are like band aides. They cover the wound but they can't fix the real problem.

My challenge to you....examine your life and see if you have any vices that could be affecting any relationships that you have. If so, I pray you have the courage to take the band aide off and deal directly with whatever brought you to the vice in the first place. This can be very hard and challenging, even scary for some of us... but the reward of renewed relationships and a tender heart will be worth it! ps as I was looking for a "cool" photo...I came across tools that are vices...interesting that the main purpose is to squeeze something together and hold it tightly
Posted by Unknown at 3:19 PM