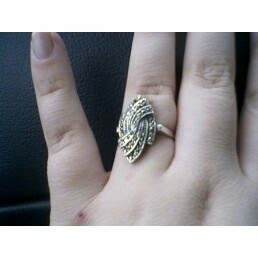 As a child the word promise did not have a lot of meaning because if you wanted to lie on a promise all you had to do was cross your finger's behind your back and that somehow took away the fact that you just lied. That sounds so foolish now, but I know, as a child, there was a time or two that I took advantage of that concept. Later on in life, as a teenager, when I moved from my dad's home into my moms home, there was the ultimate understanding that you can never ever lie on a promise. If you did the consequences would be severe. Which is kind of interesting when you see the full picture of my relationship with my mom and all that has unfolded over the years. Even with all that has taken place within my life, especially regarding my mom, I have incorporated this concept of making the word promise be the ultimate word. I have told both of my children its always better to tell the truth and risk getting in a little trouble, versus tell a lie and get into A LOT of trouble. In our home if you want to get directly to the bottom of a matter, all you have to do is ask the person, do you promise. As far as I know no one has ever broken a promise in our family. There has been a time or two when there has been some definite hesitation and tears being faced with the word. While, I have never said there would be a severe consequence for a broken promise, I have talked about letting your yes be yes and your no be no, and about being a person of character and integrity. The draw back to this family value is that my children have learned the hard way a lot kids (and even some adults) do not support or practice this in their own life.
My daughter has recently received a promise ring. It has been interesting to hear some of the comments from friends and family. Several people have asked what does a promise ring mean? To my husband and me, it means this is a young man of integrity, character and one who desires to do the right thing by God, Lauren, her family, and his parents. According to Lauren this is the next official step in their relationship. It is a promise for engagement. We all know they are looking towards engagement and marriage but they both want him to officially ask our permission before he places an engagement ring on her finger. While this may seem old fashioned or maybe to much for some, for me this is a prayer and a dream come true. I am thrilled she has a promise ring, especially because of what we value the word promise to mean in our family.
One last thought...I have a little book called God's Promises for Women. Its a reference book that has hundreds and hundreds of Bible verses that tell of promises that God has made to us. I have used this book so much that some of the pages are loose. One of my favorite promises is Hebrews 10:23 "Let us hold fast the confession of our hope without wavering, for He who promised is faithful". I realize we are all human and at some point in our life we may faced broken promises or maybe we have even broken promises, while there is always forgiveness, we can hold tightly to the fact that God never crosses His fingers, he is incapable of lying... "He who promised is faithful".
Posted by Unknown at 10:05 PM