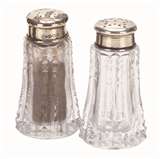 I have found myself in conflict lately.  I wanted to write a blog on the recent Chick Fil A controversy and have chosen to wait until now to post some thoughts, hoping not to stir the pot again.  When I posted a comment on my facebook wall, that I felt, stated my opinion peacefully and with no ill will towards anyone, I was shocked at a few of the responses I received.  I intentionally left the string of comments up mainly to show my heart motive.  I did delete one comment that I felt crossed my personal line (and I did it in a private message to that person telling them I did so and why).

I can handle differing opinions but when it gets to the point where you can "feel" the finger pointing and  "hear" the tone in someones written comment, that to me, is not worthy of anything. I am not about arguing. I expect others to treat me and my media outlets with the same respect I give.  It is obvious when you accept a friend request where they stand on certain values, what their priority's are, and if you are on the same page or not.  I love diversity and have many friends and "friends" (people I have never met but know them only on facebook or Twitter) and while I do not agree with everything each one of my friends (or "friends") believes in, participates in, or says, I have learned to either hide their wall, or simply ignore or "walk away" from there photo or comment etc, that may "bother" me at the moment. There have also been times that I sent someone a private message if I felt I needed to say something opposing them or expressing a thought or feeling.  After all, it's their wall and its not my place to say what they can or can't put on it.

Now to get to the real point of this blog.

After all of the "hoop la" my family and I chose to go to lunch at our local Chick Fil A.  The lines were extremely long, winding outside and around the building.  The car lines were just as long.  People were pouring out to show their support.  After we waited about thirty minutes we ordered our food and were able to find a table.  After we ate, my husband and I parted at the door (my son and I met him as he came from work). There was a nice looking elderly man walking behind us.  He had a clean short sleeve button shirt tucked in with neatly pressed khaki pants and a belt, his grey hair comb neatly to the side. He and I made eye contact and he smiled and said, "Isn't this beautiful?" as he pointed to the line of people waiting to get in. I replied, "Yes, it is". As he went to the left and my son and I went towards the right, he said, "I hate those damn queers and fags, I hope they all get Aides and die".  I was so shocked that I couldn't even reply.  I looked back at him after he said this and while he looked like the same nice old man that I just made eye contact with the words that came out of his mouth had me expecting to see a rugged greasy mean looking man. (*wolves can come in sheep's clothing)

I am a firm believer that hate never changes anything.  I also do not believe verballing assaulting someone with your views is a positive tactic. Neither is name calling. I have yet to meet anyone who has said they have accepted Christ as their saviour because someone was bold enough to shout at them and tell them how wicked and evil they are (while the said person has just as many faults and a past worthy of  tabloid news). I also don't know of anyone who changed their feelings or opinions by someone shouting obscenities and hate at them.

Do I wish everyone agreed with me and how I think and how I see things?  Of course I do!  However, I am not so naive to believe I have all the answers nor do I want that kind of responsibility.  My hearts prayer is that my actions and words will speak for my beliefs and values.  I am open to agree to disagree within boundaries.

I have struggled with what it is that I really wanted to say on this topic for over a week.  I guess my point is to ask others to be mindful of your words, opinions, tones, and feelings.  It's not always about you (nor me). The world we live in is so diverse and full of many beliefs and values that we will never 100% agree on everything, especially the "hot topics".

While I may not agree with your standards and values I will not judge you. I am not God (and I am glad I am not!). The world is broken and people are ready to fight for what they believe is right or their interpretation of a law or commandments.  Please take a moment and consider what your purpose is before you allow hate in your heart as it will seep out one way or another.

I still believe in HOPE and I pray that the elderly man who spewed hate from his heart comes to a place in his life before his last breath and is able to find peace within his soul, as well as grace, mercy, and forgivness from the Father above.


As a christian we are called to be salt and light not pepper and darkness.